The USGS is reporting that a 4.3 earthquake struck the Sacramento region at about 11:30 p.m. Did anyone else feel it?

Tomorrow is Blog Like It’s the end of the World, a day where people all over the world conspire to write their blogs as though the world were coming to an end. In 2007 and 2008, the world was under attack by zombies, and according to the folks who are putting it together this year, it’s going to be zombies again.

It’s not that I’m not in favor of a good ol’-fashioned zombie apocalypse, mind you. It’s just that I’ve done zombies two years in a row; in 2007 I did the story of zombies taking over Dixon, CA, (complete with tragic ending), and in 2008 I had zombies take up political activism in California’s capital city. And zombies remain the best symbol of the dehumanizing elements of our modern culture, and thus legitimately the target of fear and fun. So a good zombie apocalypse can be a frightening and funny thing.

It’s just that I’m zombied out, so to speak.

So this year, I’m going to do something else. While the “official” theme for tomorrow’s Blog Like It’s the End of the World (at least as official as these things can get) may still be zombies, I’m going to do something else. I’m not entirely sure yet; half the fun will be figuring it out as I go on. Let’s just say, though, that it’s going to start in the Sacramento River, near the Delta King… 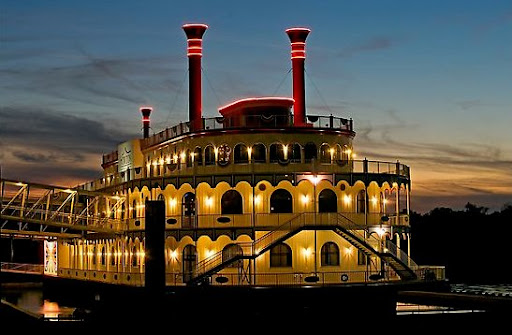 My writers’ group met last night, and since we had no manuscripts to review this month, we decided to simply have a small potluck get together, and probably just chat for awhile. One of our members suggested that we all bring in some of our earliest writings, just for the sake of a laugh or an appreciate nod, or possibly a nervous glance or two. So since I was working at home today I took my afternoon break to go through my oldest writing files to dig up a series of stories I wrote when I was eleven to thirteen years old about a private investigator named Fizziwinker.

I don’t know where the name Fiiziwinker came from. I didn’t know when I was a kid, and I certainly have no clue now. I think it’s a cool name, though. In fact, these stories are full of names like that: Fizziwinker; Foithbinder; Whicklewrecker; Brad Bockley, Thirty years later I still have fun saying these names out loud.

Fizziwinker worked alone, but he was also part of an international organization of private detectives called the Polties. Every now and then he would get together with one of them or even a team to solve crimes together. And while lawyer Brad Bockley was usually the criminal mastermind behind the mysteries, I did at one point have the criminal mastermind turn out to be Robert Phalen, the head of the Polties himself. Not to blow my own horn, but I think that my little thirteen year old head was pretty darn sophisticated.

I wrote nine of these stories overall, including a few that are sadly missing completely:

In addition to the stories above, I also had a novel planned, The Mystery of Captain Hawk’s Treasure, but I never got around to writing that.

I tried getting these stories published in venues like Ellery Queen’s Mystery Magazine and Alfred Hitchcock’s Mystery Magazine, but, unsurprisingly, they never sold. I couldn’t understand why. At the time I thought I was writing serious crime fiction, possibly with a comic element or two, but serious overall (did I mention I was eleven when I started writing these)? When a friend of my grandmother’s said that these stories were among the best children’s stories he’d seen I was outright insulted.

For years, these stories have sat in my files, unlooked at and unorganized. Looking back at them now, though, I’m kind of wondering if there might be a future for these stories after all. They would need some editing, but just maybe my grandmother’s friend was on to something after all.